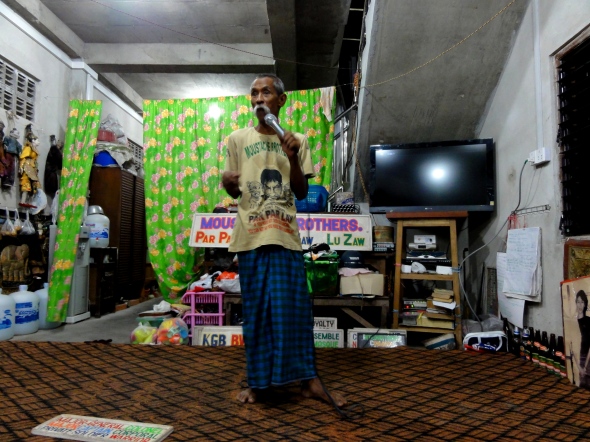 A Burmese man goes to India to seek relief for a toothache. The Indian dentist wonders why the man has come all that way to see him.

“Don’t you have dentists in Myanmar?” he asks. 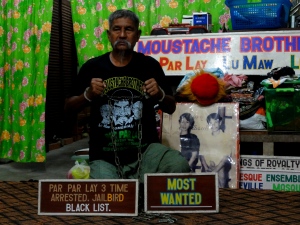 This is a favorite joke of Par Par Lay, the leader of The Moustache Brothers, a three man comedy troupe based in Mandalay, Myanmar.   They are best known for their political satire which, at the expense of the Burmese military regime, has gotten them into hot water in the past. 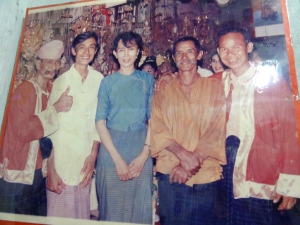 The Moustache Brothers pose with Aung San Suu Kyi after a performance at her house.

Par Par Lay was arrested in 1990, and again in 1996 after a performance at democracy leader Aung San Suu Kyi‘s house.  He and his cousin Lu Zaw were sentenced to 7 years in a hard labor camp.  During their imprisonment, brother Lu Maw kept the show going on his own, learning English to appeal to more tourists.

The comedians are out of jail now, but closely monitored.  They are only permitted to perform for foreigners out of their small garage with seating for about eight people.  Despite the restrictions, the Moustache Brothers continue to bring political awareness and humor to Myanmar in the face of oppression.